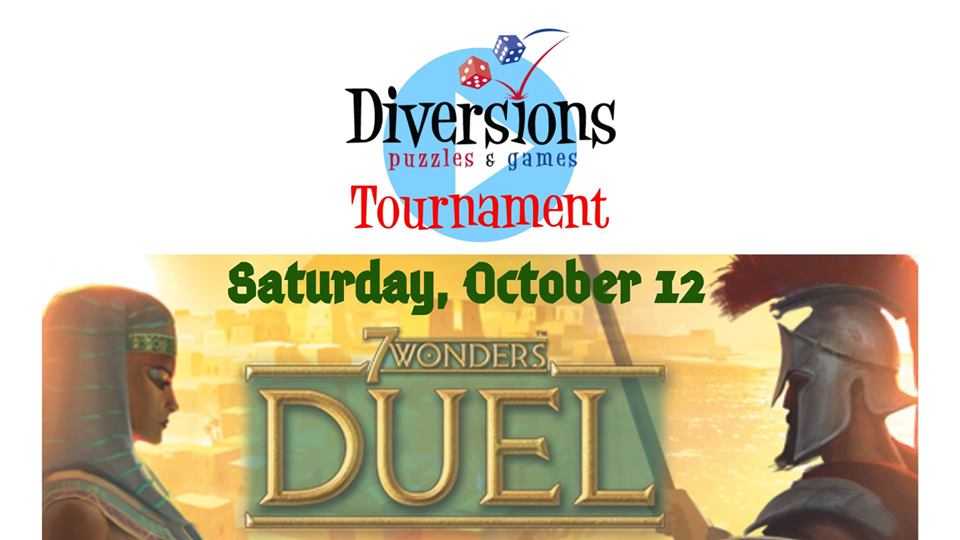 This is a free event, and the game is quick and fun to learn so if you’ve never played, hang out before the tournament and play a game or 2.

Tournament starts at 12pm. How we do this tournament depends on the number of competitors. It will most likely be a 3 round Round Robin tournament, and if there are a large number of players, it will turn into a bracket from there.

Example of tournament: If there are 8 players, we will have a 3 round tournament, where players will try to win as many rounds as they can. From there the top 4 performing players will create an elimination bracket, where we will do a semi finals, and then a final match.

The top 2 players will each get an exclusive bag of metal coins.
We also have 6 metal military tokens, and multiple promo wonder cards to give out to players.