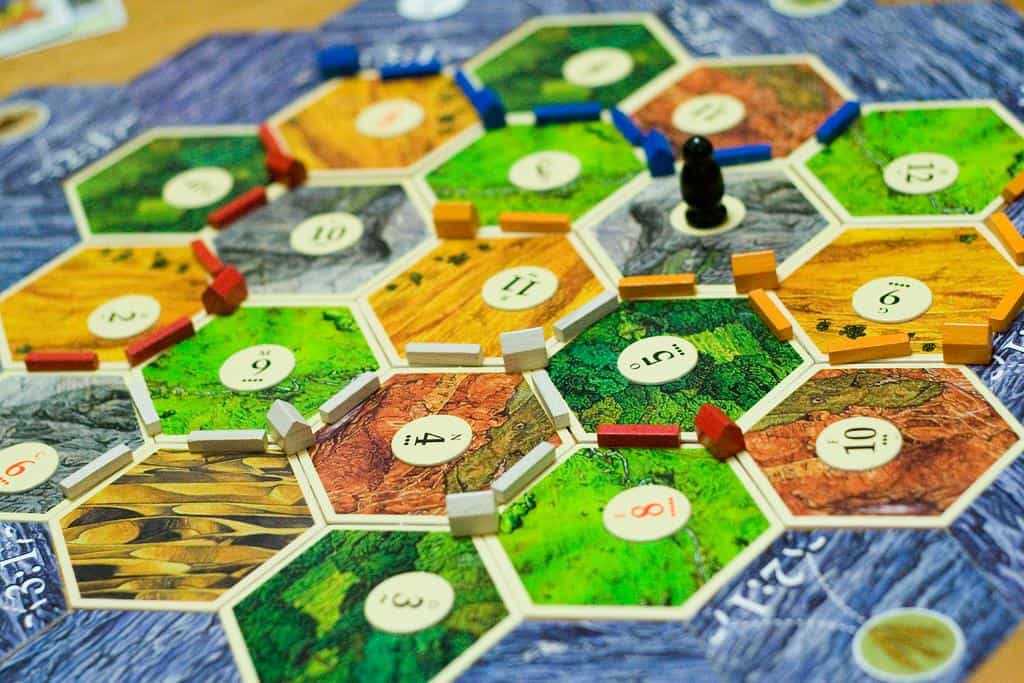 Most of us grew up playing board games as a rainy day activity, or maybe something to do on long car trips. Monopoly, checkers, The Game of Life, and Battleship are often part of our earliest memories of playing games. But as time goes on, board games have evolved. The classics are still around and certainly still popular options, but this is the Golden Age of board gaming! There are thousands of options, tons of mechanics, themes for every taste. Tabletop board gaming is no longer just something to do on a cloudy Saturday; it’s a full-fledged hobby.

It’s a hobby, however, that can be hard to jump right in to. Games are bigger, more complicated, and often expensive. Long rule books, detailed game play, and long play times are barriers to many people. These games take time to set up, learn, understand, and master. Easing into the hobby is usually the best way to start, playing what are often referred to as “gateway games”: games that have more complicated rule sets and strategies than most games we played growing up, but are still easy to learn.

This week we asked our team at Diversions as well as our customers: What are the best Gateway Games? How did you get started in the hobby? Here are some of the top answers, and why these make great Gateway Games.

This one is a classic in the hobby game industry, having been around for over 20 years. Catan is reminiscent of Monopoly in many ways, and as such makes a great gateway game. Players take on the roll of a settler on the newly discovered island of Catan, gathering resources such as clay, wood, and ore in order to build roads, settlements, and cities for points. This game is reasonably simple to learn and largely luck-based, as resources rely on a die roll, although you can mitigate this with skillful negotiation. Catan plays 3 to 4 people in about 45 minutes to an hour, and expansion and extension packs add room for more players, as well as new mechanics.

Probably my personal favorite, because it’s very good for new players and experienced players alike. Each person is trying to build their system of trains across a map, competing for train lines connecting major cities. Points are earned for the length of your train tracks, as well as for completing certain train lines, but be careful! Players can lose points for not finishing certain paths, making your choices even more important. At no more than 10 minutes, this is one of the fastest hobby games to learn, but provides lots of strategy for replayability. The base game is the map of the United States, but other options include Europe, Germany, and Nordic countries, as well as expansions for Africa, India, Asia, Pennsylvania, the UK, and more. Ticket to Ride is for 2 to 5 players and takes about 45-60 minutes to play.

Named for the French city, Carcassonne (pronounced car-CAH-sohn) is a tile-laying game where players take turns drawing tiles at random and placing them adjacent to other tiles to build out the French countryside. Tiles must connect like landscapes: grass to grass, road to road, castle to castle. Points are earned for completing castles and roads, surrounding monasteries fully, and for connecting farmers to many castles.  This game is fairly easy to learn and teach, with minimal set up and lots of luck, which can be mitigated with good strategies. Two to 5 people can play Carcassonne in 30-45 minutes.

Dominion teaches the board game mechanic of deck-building. Players all start with the exact same 10 cards, and use these cards to customize their deck based on their strategy by purchasing new cards from the Market. In Dominion, the goal of the market cards is usually to increase your hand size, giving you access to more money to purchase land (which is points, and therefore how you win). This is a great gateway game because deck-building is a very prominent mechanic in games. Usually it is only part of the game, but often knowing how to build a good deck is crucial to being successful. Dominion makes learning fun and easy, and if you love the game, you can increase replayability by purchasing any of the 11 (soon to be 12) expansions! Plays 2 to 4 people in about 30 minutes.

If you are new to playing board games and are interested in learning more about any of these games or other great intro games, please come visit! We are more than happy to show you our wide selection of demo games available in our game libraries, as well as introduce to players at our weekly game nights!