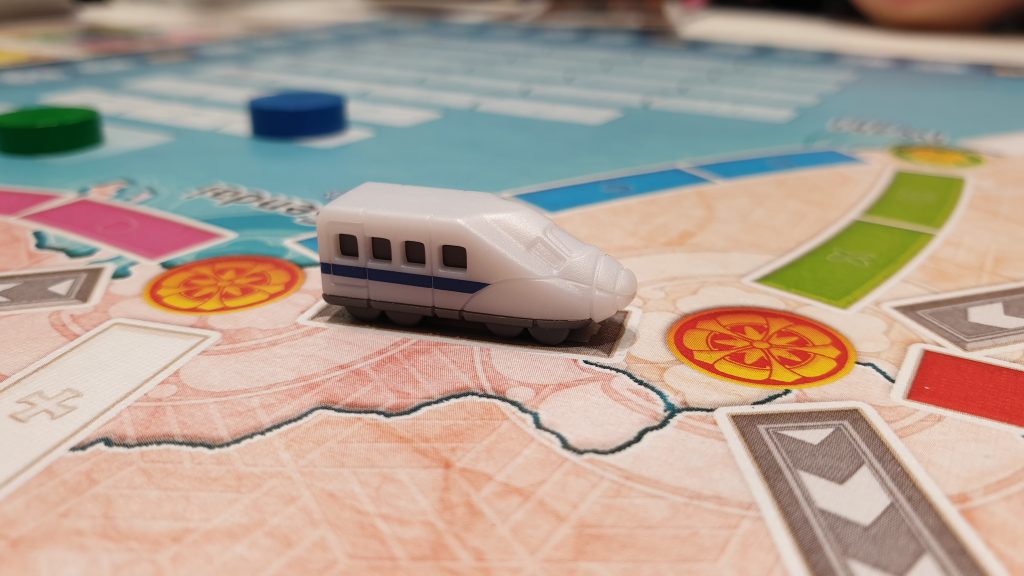 My stack of brand new, “to be played” games is…embarrassingly tall. The problem is amazing new games are released all the time! Here are some customer-favorites and highly anticipated new arrivals…

Ticket to Ride has been a best-selling, customer-favorite for years. This game is easy to learn with lots of strategy, making it great for new and experienced players. The addition of new maps and new mechanics keeps the game interesting. The newest release features a map of Japan on one side, where balancing between building Bullet Train routes and standard routes is the name of the game. On the other side, new ferry routes make the Italy map a unique addition to the Ticket to Ride family. 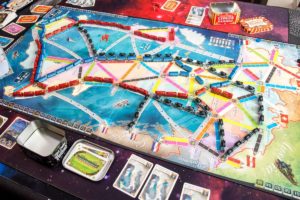 This highly-anticipated 2-player game is asymmetrical – each player has a different set of cards and different goals. One person plays as a journalist while the other player assumes the role of the Nixon Administration.

To win, the Nixon Administration must build up enough momentum to make it to the end of the presidential term, whereas the Journalist must gather enough evidence to connect two informants directly to the President. Of course, the administration will do all in its power to smother any evidence! 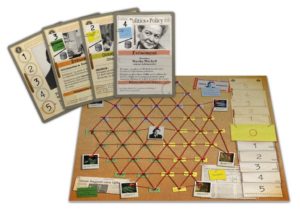 The Fox in the Forest: Duet
Number of Players: 2
For Ages: 10+
Playing Time: 30 minutes

In this innovative, 2-player cooperative trick-taking game, players team up, helping each other move through the forest.

Work together to play tricks and move through the forest. Use the special abilities of the characters to exchange cards with each other, let your teammate follow with any card regardless of suit, and more. Win as a team by collecting all the gems, but be careful to stay on the path and not get lost in the forest! 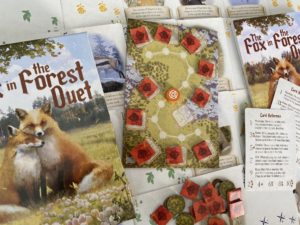 Incohearent is the adult party game by What Do You Meme™ that will get you talking! Let the laughs begin as you compete to make sense out of gibberish from one of three categories — kinky, party and pop culture.

Each card has a combination of words on the front that, when recited out loud, sound like the phrase written on the back. For example, try reciting “thirds teeth or stay” out loud. Can you hear the hidden phrase? Listen closely… you’ve been saying “thirsty Thursday.” 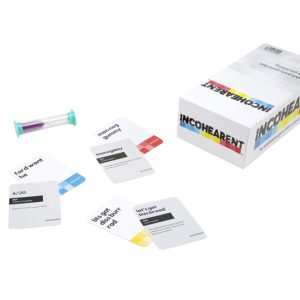 Don’t forget to check out our Events Calendar for demo days, game nights, and more!