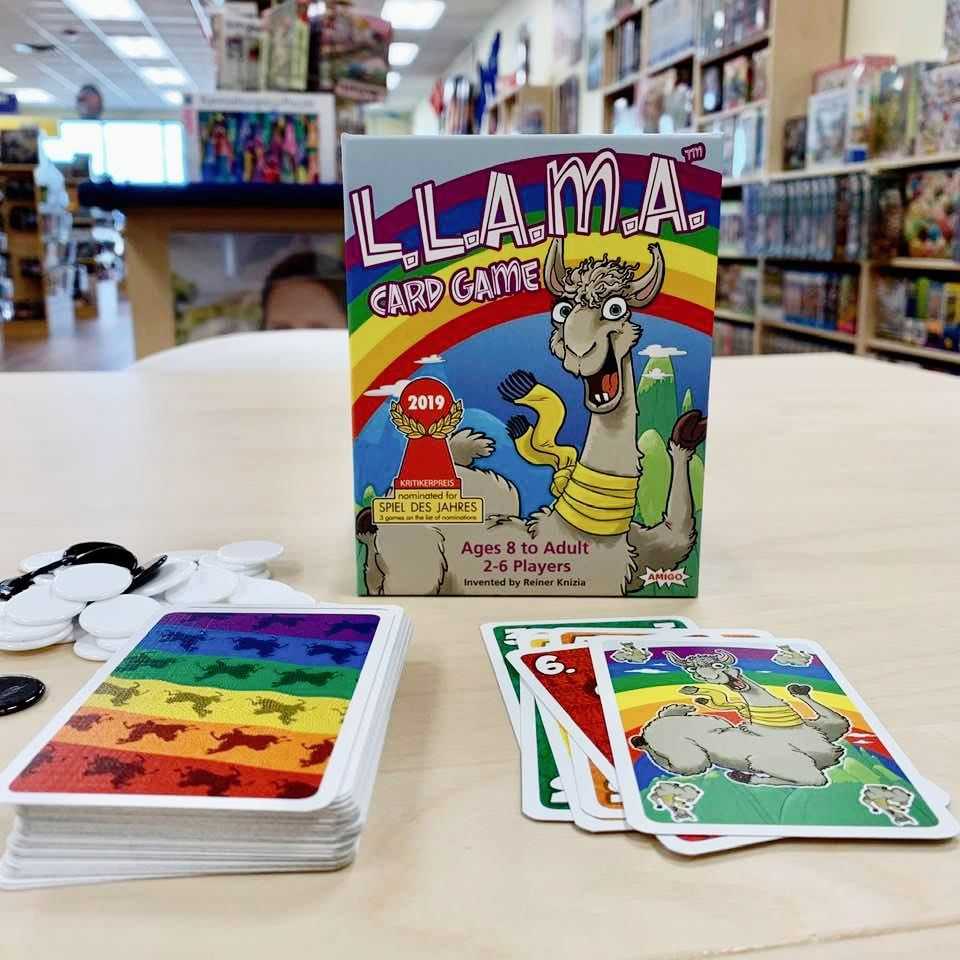 The Spiel des Jahres is the annual German Game of the Year award, and it’s quite a big deal in the hobby game community. Games nominated for the coveted award are considered to excel in such categories as originality, playability, value, and design.

This year, LLAMA was one of only 3 games nominated in the main Game of the Year category! 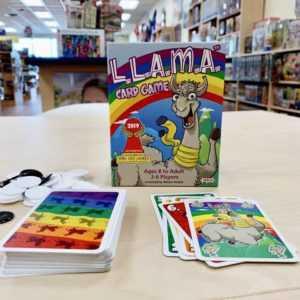 Can you beat the llama?

LLAMA is a competitive card game where players are trying to get rid of all of their cards to score the least amount of points.  Play cards on top of the play deck that are the same value as the top card, or exceed the value of the card by exactly one.  Can’t play a card? You can draw a card or quit the round, but any cards remaining in your hand are worth points – and llamas are worth extra!