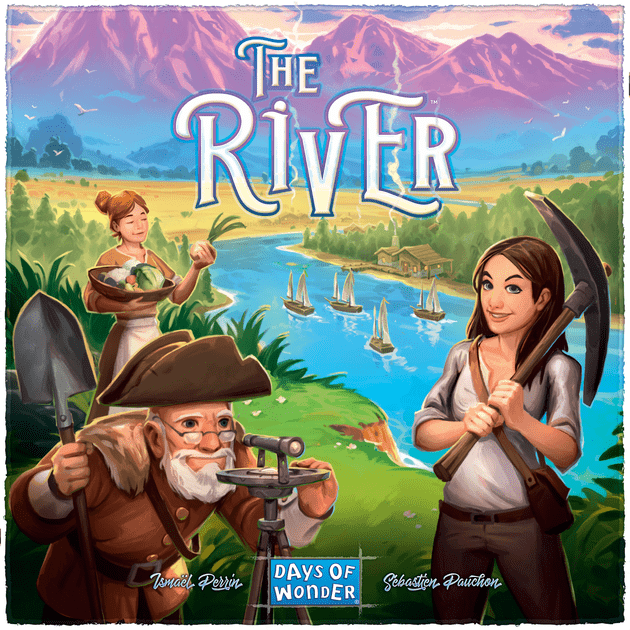 If you’re new to board gaming, you might be surprised at the variety of game styles available. A “Euro” style game (interchangeably referred to as Eurogame, German-style, designer game, or hobby game) usually involves minimal luck and conflict and require significant strategy.

Below are some of the newest releases in the Eurogame genre.

Days of Wonder has a history of producing perfect gateway games – quick to get out, manageable play time, and the right balance of strategy and depth to ease new players into the genre while scratching an itch for experienced players. The River is another great example of a gateway game gone right. In this tile-laying worker placement game, you and your opponents play pioneers developing land along a river bed, collecting resources and constructing buildings to create the best settlement. It’s smooth, visually appealing, and a great start to heavier strategy games.

In the 15th and 16th century, the Portuguese city of Coimbra is the cultural center of the country. You are hoping to earn prestige by funding expeditions, working closely with neighboring monasteries, and gaining the favor of local noble citizens.  Coimbra introduces an innovative new dice mechanism in which the dice players draft each round are used in multiple ways and have an impact on many aspects of their decision making. Combined with ever-changing synergies of the citizens, expeditions, and monasteries, no two games of Coimbra will ever be the same. 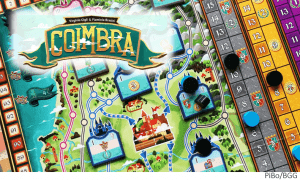 Travel back in time to the greatest city in Mesoamerica and become part of its history.
Witness the glory of the powerful pre-Columbian civilization, and become the builder of the magnificent Pyramid of the Sun! In Teotihuacan: City of Gods, each player commands a force of worker dice, which grow in strength with every move. On your turn, you move a worker around a modular board. While managing your workforce and resources, players develop new technologies, climb the steps of the three great temples, build houses for the inhabitants of the city, and raise the legendary and breath-taking Pyramid of the Sun in the center of the city.

Architects of the West Kingdom is set at the end of the Carolingian Empire, circa 850 AD. As royal architects, players compete to impress their King and maintain their noble status by constructing various landmarks throughout his newly appointed domain. Players need to collect raw materials, hire apprentices, and keep a watchful eye on their workforce. These are treacherous times, and rival architects will stop at nothing to slow your progress. Will you remain virtuous, or be found in the company of thieves and black marketeers?

If you’re interested in learning some euro games, we encourage you to stop in to one of our weekly board game nights! Check out our events calendar for dates and times.

Please note that stock in these titles varies between stores, and we may not have demos of these games.