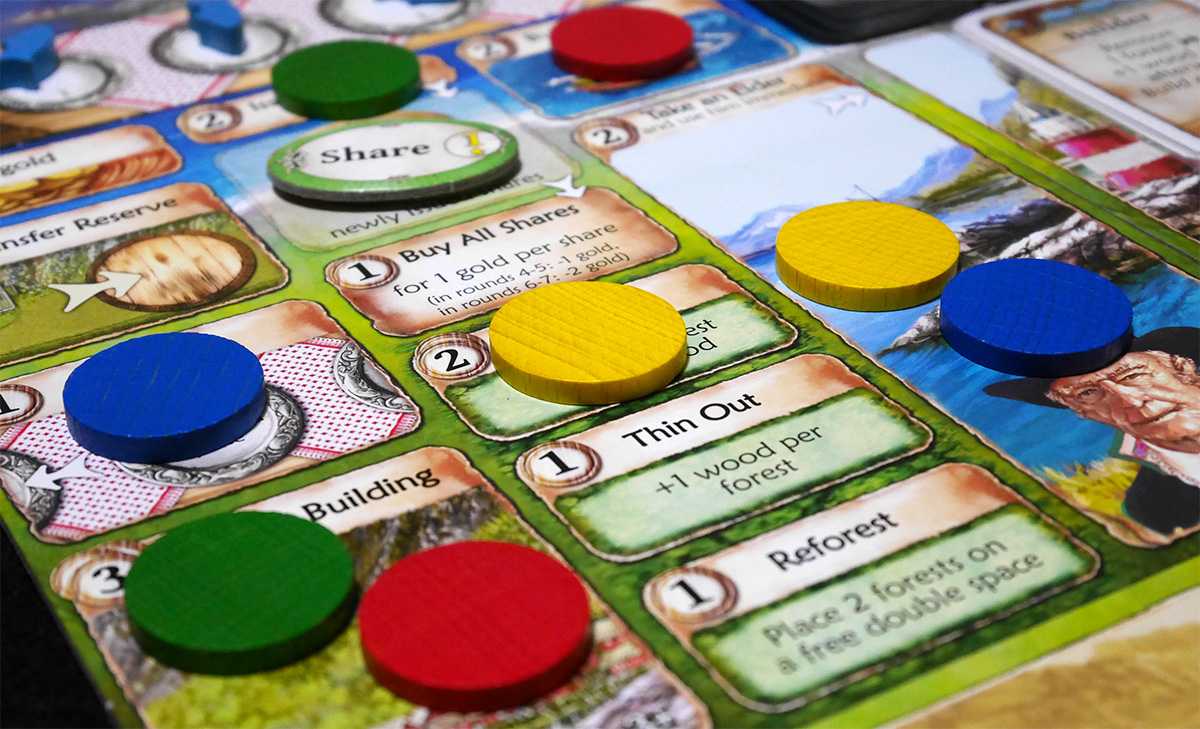 We often are asked “What’s the best game,” and as much as I understand this question, it’s impossible to answer. That depends on so many factors. You have to consider the style of game, weight, theme, mechanic, etc. Do you play games for the socialization, or for competition? Do you like a challenge, or something light to decompress with after a long day? Do you like Vikings or ancient civilizations or alpacas (this is going somewhere, trust me!)? Do you prefer games that are about being economical with actions? Do you like to block others in worker placement games?

What we can do is give you recommendations based on your preferences, and we can also tell you what is trending now in our sales reports and at game nights. Here are five games that are seeing a lot of activity right now between both of our locations:

Altiplano is set in the South American highlands of the Andes, somewhere between the mountain ranges of Bolivia and Peru, where the altitude of more than 3,000 meters imposes tough demands on the people to utilize the scant vegetation for their needs.

The inhabitants thrive by fishing in Lake Titicaca, mining ore, breeding alpacas, and trading goods that they produce from these resources. But the resources are limited and will eventually run out, so you’ll need to build new production facilities and find new sources of income, like cacao.

Build roads to speed up your development and store goods in your warehouse so that you are able to survive the hard times that are not uncommon in this particular barren region. If you plan cleverly and are flexible enough to adapt yourself to the rough conditions of the Altiplano, you will have the highest yield in the end!

This is a heavy bag-building game with deep strategy which fans of Orléans are sure to enjoy.

One-hundred years ago, The Infinity Engine was shattered. It’s reality-bending shards have destroyed most of the world. You and a few others know how to wield the power of the shards. The one who unites them all will become a living god. It’s up to you to gather forces, defeat your adversaries, and rebuild The Infinity Engine. Will you survive?

From the creators of the award-winning Ascension deckbuilding game, Shards of Infinity combines an unprecedented level of strategy and customization into one small box. Win by either mastering the power of the Infinity Shard or by destroying all who oppose you. You will need to build your armies by recruiting allies and champions from four unique factions, launch surprise attacks on your foes by instantly deploying mercenaries, and unlock limitless power by mastering the Shards of Infinity!

This is has been extremely popular at our South Portland location especially, and is often out during game night!

3. Raiders of the North Sea

Who doesn’t love Vikings? Raiders of the North Sea is set in the central years of the Viking Age. As Viking warriors, players seek to impress the Chieftain by raiding unsuspecting settlements. Players will need to assemble a crew, collect provisions and journey north to plunder gold, iron and livestock. There is glory to be found in battle, even at the hands of the Valkyrie. So gather your warriors, it’s raiding season!

This worker placement game is considered elegant and streamlined but with lots of depth (and amazing art!).

Nusfjord is a tranquil fishing village in the Lofoten archipelago in northern Norway. Sailing ships dominate the fjord, the rocks around Nusfjord are covered in trees, and as the owner of a major fishing company in Nusfjord on the Lofoten archipelago, your goal is to develop the harbor and the surrounding landscape. To succeed you must enlarge your fleet, clear the forest, erect new buildings, and satisfy the local elders. Others do this as well, of course, so the competition is steep.

This is another worker placement game from designer Uwe Rosenberg, who created favorites like Agricola and Patchwork. Expect interesting decisions and close scores!

Players compete in two teams in Decrypto, with each trying to correctly interpret the coded messages presented to them by their teammates while cracking the codes they intercept from the opposing team. The feedback on this one? People are obsessed! I’ve even heard it referred to as better than Codenames – high praise, indeed!

Anything look interesting? Make sure to check out our Event Calendar for game nights, where titles like these often come out to the table. Hope to see you there!